Get fresh music recommendations delivered to your inbox every Friday.
We've updated our Terms of Use. You can review the changes here.

Art Has No Diplomacy 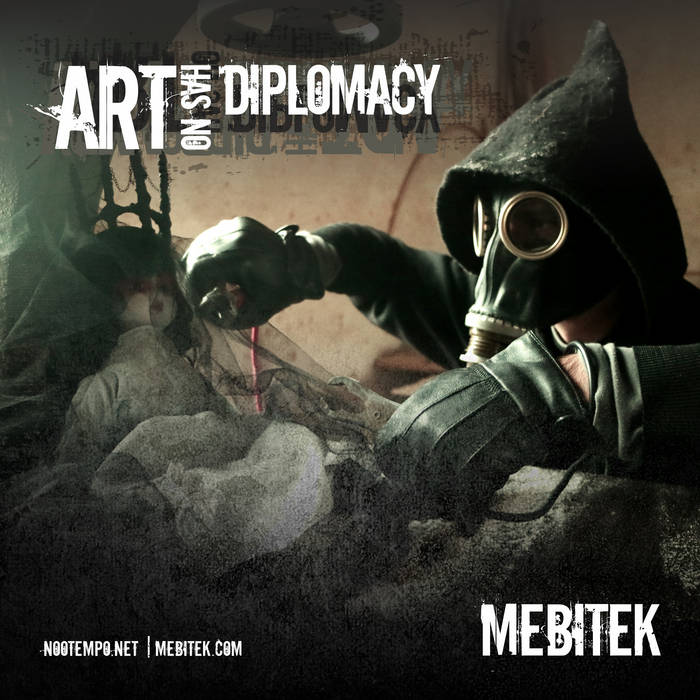 This Is Darkness Mebitek stays true to his form, in creating music that transcends genre boundaries and provides the listener with a wholly new experience. Read full review at: wp.me/p8wD9U-c7 Favorite track: MebiStep.

Art Has No Diplomacy is a deep album full of cinematic atmospheres with dark sound environment that explores the unconscious and bring the listener in an introspective journey. Mebitek‘s music is a mix of visual dark and refined suggestions, acid beats travelling through orchestral soundscapes. An experimental and innovative musical approach that contains a social message pointing the light on anguish and human loneliness. An amazing work realized in Sardinia, showing once again a powerful artistic collaboration that goes beyond the sea creating connections between different artists , our island has produced independent high quality music and artistic projects.

The new album, officially released on 9th March, 2017, is available on CD in a special limited edition and in the most common digital stores.
The new release will be followed by a first video-single extract from the album, "MebiStep (Beget Movement)".

From the acid and dusty factories of the electronic underground, through the devastated and pure immacolated nature of Sardinia, an explosion of anger and melancholy darkness transforms electronics into a cinematic orchestra.
this is mebitek, the manufactured eXPerience ... more

Bandcamp Daily  your guide to the world of Bandcamp

Quelle Chris joins the show to discuss his most recent release, "DEATHFAME"